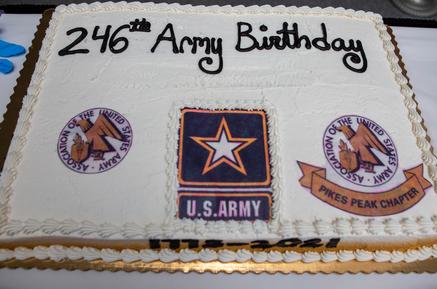 ​Gives Remarks on the Importance of This Tradition

In keeping with our tradition of ensuring that U.S. Army Soldiers serving in Joint, Combined and other high level and special Commands get to celebrate the Army Birthday like other all-Army formations, the Pikes Peak Chapter of the Association of the United States Army (PPC-AUSA) provides a cake each year to the North American Aerospace Defense Command/U.S. Northern Command (NORAD/NORTHCOM) and the U.S. Army Space and Missile Defense Command (SMDC) for the annual celebration on 14 Jun.  All U.S. Army personnel serving in these commands at Peterson AFB, CO, as well as other interested servicemembers and civilian employees, are invited to attend the cake-cutting ceremony.

Use the Ceremonial Saber to Cut the Cake 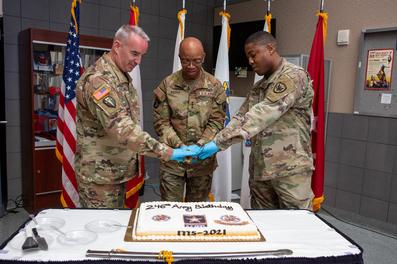 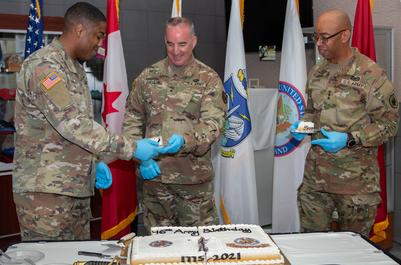 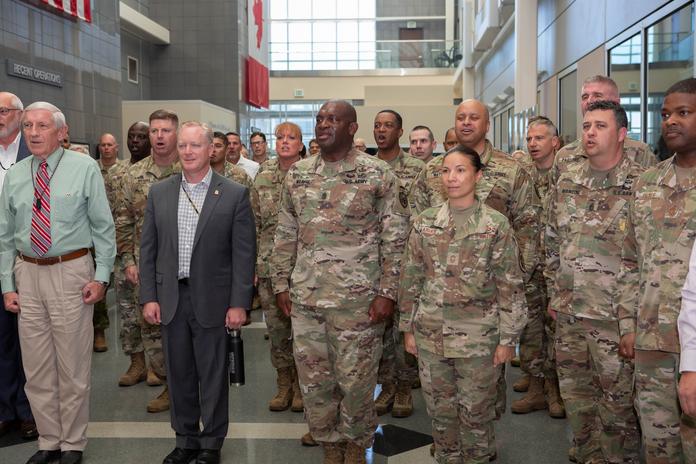 Director of Logistics and Engineering, NORAD/NORTHCOM  Welcomes the Celebration Attendees

Honors his Leaders by Serving the Cake 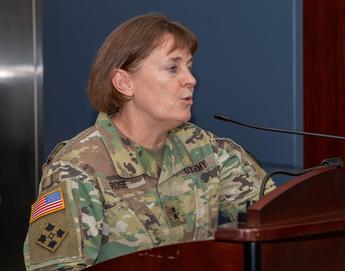 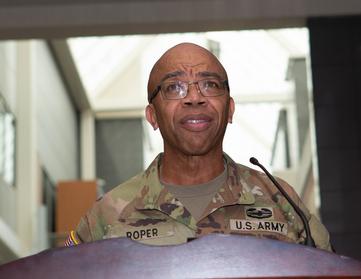