WHITNEY H. GALBRAITH releases ‘Valley of the Shadow’
New book narrates the Fall of the Philippines through the eyes of a prisoner of war

COLORADO SPRINGS, Colo. – Whitney H. Galbraith returns to the publishing scene with the release of “Valley of the Shadow: An Account of American POWs of the Japanese.” Narrating the life of Col. Nicoll F. Galbraith, the author’s father, the book shares a detailed description of the surrender of Corregidor and Col. Galbraith’s essential role in it, an episode only briefly mentioned in existing literature.

“Valley of the Shadow” is an authoritative account of the Fall of the Philippines in 1942, particularly the final surrender of Corregidor, and the lives of American prisoners of war, as experienced by Col. Galbraith. His 546 or so flimsies that are the original longhand script were only recently retrieved from a deep family shelf, together with the two flags that represent Col. Galbraith’s vital role.The book takes readers to the Philippine Islands and various Japanese prison camps, including the POWs’ release in August 1945 from Camp Hoten, Mukden, Manchuria, by an OSS team and the Russian Red Army. More than a historical retelling, the book also highlights a deeper understanding of the psychological and emotional effects of war on those serving and sacrificing for the country’s national defense.

Click Below to read the current Fort Carson News 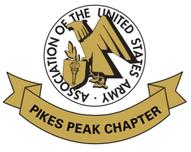 VALLEY OF THE SHADOW is available FOR SALE at the

to learn more and how to order the book

​​See the remarkable stories of the following Medal of Honor awardees:

For the members of the Pikes Peak Chapter of AUSA who bought copies of my book so generously promoted on your website, many thanks!

​
If you would be so kind as to take a few minutes of your time, I'd appreciate an online review of the book. All the reader has to do is go to the Amazon page for Battle Hardened at:

Once on the webpage, scroll down to the customer reviews and tap the "Write a Customer Review" button. All it takes is to give the book a rating and write whatever thoughts come to mind.

I sincerely thank each of you for your interest in this story of a WWII infantryman. Respectfully, Craig 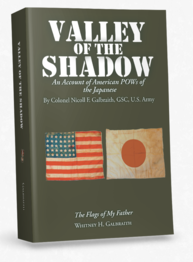 Battle Hardened, an action-packed World War II memoir, details one infantryman's campaign across Northern Europe. The subject of this memoir, Lieutenant Bill Chapman, was my father. Beyond the personal stories and combat recollections, this book describes the day-to-day movements and actions of his infantry battalion from the Normandy hedgerows to the forests of Southern Germany. The narrative illuminates the vicious combat in places like Montebourg, Mortain, Schnee Eifel, and Simmringen Woods. The book is more than a small unit history. It provides a hard-edged ground-level appraisal of the successes and failures of American forces against the Nazi war machine. 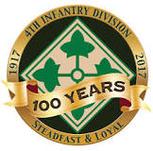 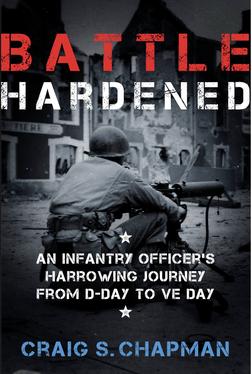 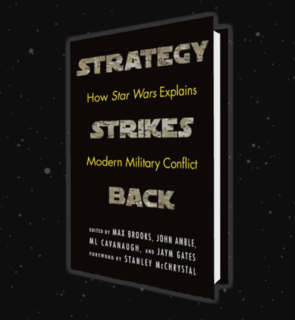 'Valley of the Shadow’ will provide a much deeper appreciation for American history and the price of war. How to relate today’s seemingly deteriorating Phil/Am relationship 70 years after they fought as brothers against the Japanese,” the author shares. 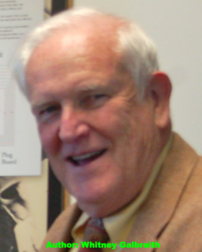 STRATEGY STRIKES BACK  [A MUST READ]

The most successful film franchise of all time, Star Wars thrillingly depicts an epic multigenerational conflict fought a long time ago in a galaxy far, far away. But the Star Wars saga has as much to say about successful strategies and real-life warfare waged in our own time and place. Strategy Strikes Back brings together over thirty of today’s top military and strategic experts, including generals, policy advisors, seasoned diplomats, counterinsurgency strategists, science fiction writers, war journalists, and ground‑level military officers, to explain the strategy and the art of war by way of the Star Wars films.​

CLICK ON THE BOOK; MORE INFO; MEET THE EDITORS; BUY

BACK TO PROFESSIONAL DEVELOPMENT PAGE 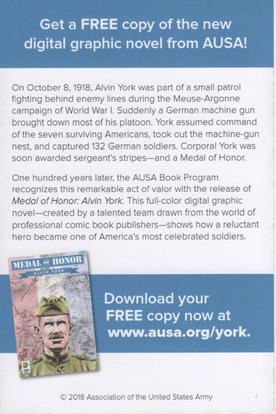 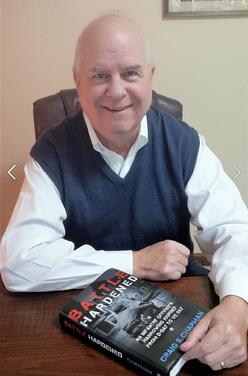